Located in southeastern Australia, Victoria is home to a fascinating temperate climate that’s ideal for growing certain cannabis strains. Unfortunately, Victorian home-growers are often put off from developing their green thumb due to Australia’s strong stance against weed. Although there have been changes in recent years, you might be afraid to place your first online order for cannabis seeds in Victoria.

Are you wondering whether it’s OK to buy cannabis seeds in Victoria? If so, please keep reading! In this post, we’ll reveal the most significant cannabis laws in Victoria and share how you could get your hands on top-shelf ganja seeds.

Located in southeastern Australia, Victoria is home to a fascinating temperate climate that’s ideal for growing certain cannabis strains. Unfortunately, Victorian home-growers are often put off from developing their green thumb due to Australia’s strong stance against weed. Although there have been changes in recent years, you might be afraid to place your first online order for cannabis seeds in Victoria.

Are you wondering whether it’s OK to buy cannabis seeds in Victoria? If so, please keep reading! In this post, we’ll reveal the most significant cannabis laws in Victoria and share how you could get your hands on top-shelf ganja seeds.

IS IT LEGAL TO BUY CANNABIS SEEDS IN VICTORIA?

Unfortunately, it’s technically illegal to buy, grow, or possess cannabis seeds in Victoria, Australia. Indeed, Victorian Law takes its cue from the federal government, which still has a firm ban on all recreational marijuana.

Before going any further, we should mention Victoria uses a “penalty units” system to tabulate fines. Today, each unit is $165.22, but that usually fluctuates by year, depending on inflation.

Anyone who’s caught in Victoria with recreational cannabis could face fines or jail time depending on the offense. In some cases, however, responding officers could let Victorian tokers off with a warning.

Indeed, police units frequently hand out cautions to first-time offenders who are caught with no more than 50 grams of cannabis. People charged with caution will have to visit their local drug treatment center for a course on substance abuse. Just remember, these cautions are only a convention that depends on the responding officer’s leniency.

According to Victoria’s current legal statutes, people who possess less than 50 grams of marijuana could face up to five penalty units. Currently, there’s no risk of jail time for this offense.

Although these legal restrictions are severe, it’s worth pointing out that Victoria seems to be relaxing its stance on marijuana use. Although it’s not as liberal as Canberra, Victoria is experimenting with legalized medical marijuana cultivation. Also, Victoria’s Legal and Social Issues Committee recently held a conference examining the future of cannabis laws.

Since Australian cannabis laws are constantly changing, Victorian cultivators need to keep abreast of the latest federal and state developments.

Buy the highest quality Cannabis seeds at the cheapest prices, all with free, ‘stealth’ postage, guaranteed delivery and germination, as well as all the help and support you need from seed to harvest.

CAN YOU GET CANNABIS SEEDS SHIPPED TO AUSTRALIA?

As cannabis laws become increasingly tolerated, more online seed banks are shipping into Australia. These companies often send their products in extremely stealthy packaging so you could get your weed without anyone being the wiser.

If you’re hunting for a reputable online Victoria seed bank, then you should look into I Love Growing Marijuana. Over the past few years, this incredible company has shipped many seeds to cultivators all over Victoria. Whatever strain you’re looking for, there’s a good chance ILGM has it in their extensive catalog.

To protect your privacy, ILGM offers many different payment options. Whether you feel comfortable using Bitcoin, bank transfers, credit cards, or cash, the employees at ILGM will find a convenient way to accept your payment and ship your seeds. Plus, if your seeds arrive damaged—or don’t arrive at all—ILGM promises to send out a fresh batch ASAP.

If you want to buy marijuana seeds in Australia online, you’ve got to give ILGM a try.

WHAT ARE THE TOP CANNABIS SEEDS IN VICTORIA?

Given its location in southeastern Australia, Victoria has a unique temperate climate. Indeed, there are even a few areas along the coast that have an almost Mediterranean atmosphere. Generally, the residents of Victoria experience cooler temps in the winter and some precipitation throughout the year. Outdoor cultivators need to keep all of these factors in mind before they buy cannabis seeds Victoria.

To help you get started on your quest for ideal Victoria seeds, let’s review a few of the most popular strains Australian customers order online. Each of these iconic strains should do nicely in Victoria either indoors or outdoors.

Girl Scout Cookies (GSC) are as hot as, well, fresh-baked cookies! According to legend, the rapper Berner helped create the first batch of GSC by crossing the sativa Durban Poison and OG Kush. First released in San Francisco, the slightly indica-dominant GSC now has many Cannabis Cups to its name and legions of fans around the world. 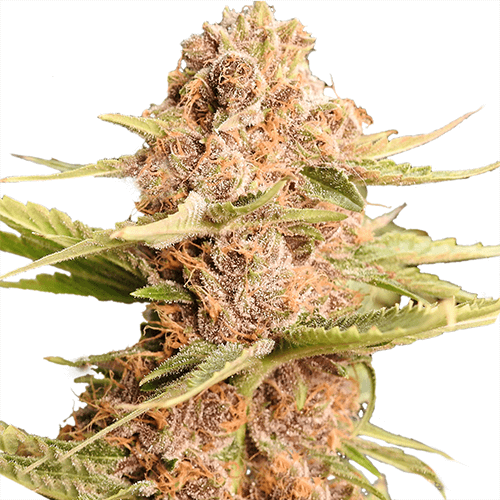 A significant reason for GSC’s stratospheric success has to do with its sky-high THC levels. In most cases, GSC seeds will grow beautiful buds with roughly 25 percent THC content. Indeed, since GSC has such elevated THC levels, it’s not recommended for inexperienced tokers.

As you’d expect from its indica dominance, GSC tends to lean on the sedating side, making it a perfect after-dinner strain. Although you might notice intense euphoria on your first few inhales, that sensation will gradually lead to heavy couch-lock sedation. As a word of warning: GSC often causes dry mouth, so it’s a good idea to have a glass of water nearby.

Given its reference to “cookies,” it’s no shock that GSC is one of the finest dessert strains. Cannaseurs typically report strong earthy and fruity tones when smoking this strain. Depending on your GSC phenotype, you might also experience a hint of mint and spice.

Luckily for Victorian residents, GSC does best in a mild Mediterranean climate. Indeed, many people argue that GSC is one of the best Victoria Kush strains for home-growers. As a bonus, GSC seeds tend to be highly resistant to mold and mildew.

Even though GSC seeds have many pros, this strain is often listed as moderately difficult to grow. Some cultivators complain that GSC seeds are quite temperamental, especially if they don’t have the proper temperature or humidity. In addition to temps between 20 – 26° C, GSC seeds need a consistently dry environment. Growers should also know a few training techniques to maximize GSC yield.

Typically, it takes about ten weeks for GSC seeds to grow to full maturity. Yields tend to be in the low to average range around 1.2 ounces per ft2.

Gorilla Glue shares many features with GSC. Both of these strains are incredibly famous indica-dominant hybrids with wicked high THC counts. Although Gorilla Glue is a relative newcomer to the cannabis scene, it has already gained worldwide attention for its sticky buds and substantial body high.

First released in the mid-2010s, Gorilla Glue is a mix of Chem’s Sister and Chocolate Diesel that typically has THC content in the mid-20 percent range. Although the indica-to-sativa ratio is pegged at 60:40, users report incredibly indica-like sensations when smoking these incredibly resinous buds.

Indeed, since Gorilla Glue often “glues” you to the couch, you should only take this strain late in the day. Anyone who has insomnia, muscle spasms, or headaches might find Gorilla Glue a great addition to their medical marijuana cabinet.

Gorilla Glue seeds are usually rated as an easy grow even for inexperienced cultivators. This strain will do well in regions with plenty of sun and is relatively resistant to mold. Just be careful if you live in an area with many chilly nights as Gorilla Glue can’t tolerate the cold. Also, indoor growers should keep in mind Gorilla Glue can reach fairly tall heights.

Typically, it takes anywhere from 8 –10 weeks to grow Gorilla Glue seeds successfully. Standard yields are usually above average at about 1.8 ounces per ft2. 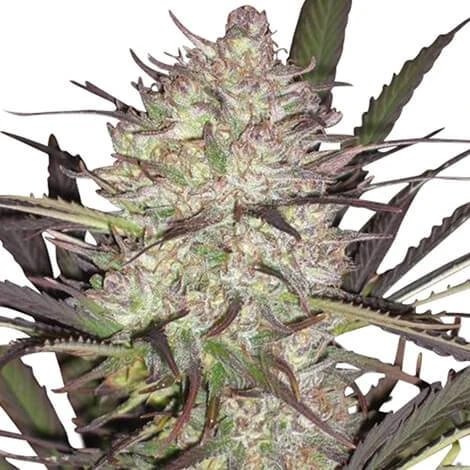 Unlike GSC and Gorilla Glue, Durban Poison is a 100 percent sativa strain. Even though this strain has been around since the 1970s, it remains one of the most popular cannabis sativa seeds for sale on ILGM.

True to its sativa origins, Durban Poison delivers a euphoric high that often helps users with chronic fatigue or ADHD. Anyone going to use Durban Poison should do so early in the day. People who are prone to panic attacks might want to steer clear of Durban Poison.

Even though Durban Poison is a sativa strain, it’s one of the best-suited for Victoria’s environment. Remember, this sativa naturally grew up in coastal South Africa rather than the humid jungles of Central America. However, you do need to be prepared for typical sativa traits like tall plants when growing Durban Poison.

After about nine weeks, your Durban Poison seeds should be ready for harvest. Standard yields for this sativa are around 1.3 ounces per ft2. 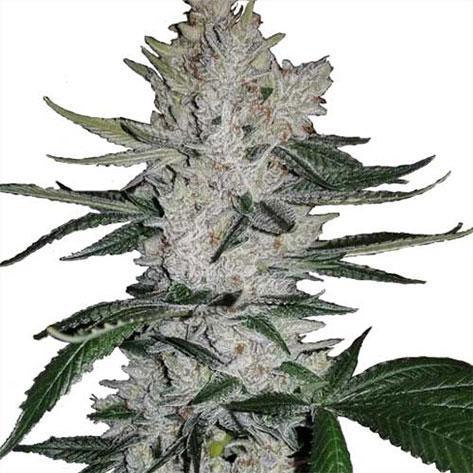